Last year it was an early snow storm – this year Hurricane Sandy which seemed to start a bit earlier than expected. Nevertheless, an inteprid group of kids and their parents participated in the Cedarwood Halloween Parade held on Sunday, October 28th. As usual, the group met at the corner of Wetherbee and Cedarwood Ave, proceeded down Wetherbee, and took a right onto Hamilton, ending at the Cedarwood Playground.  Treats were provided for all at the playground, including cider, apples and other Halloween treats. Helium balloons were also given out this year. 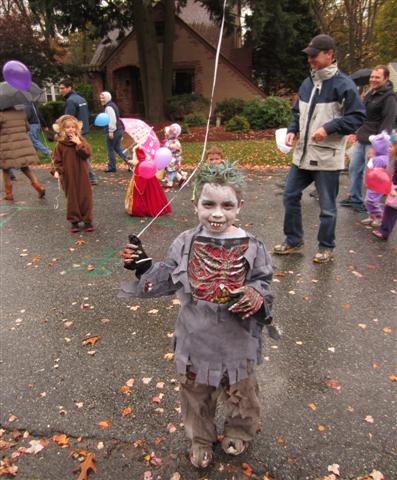 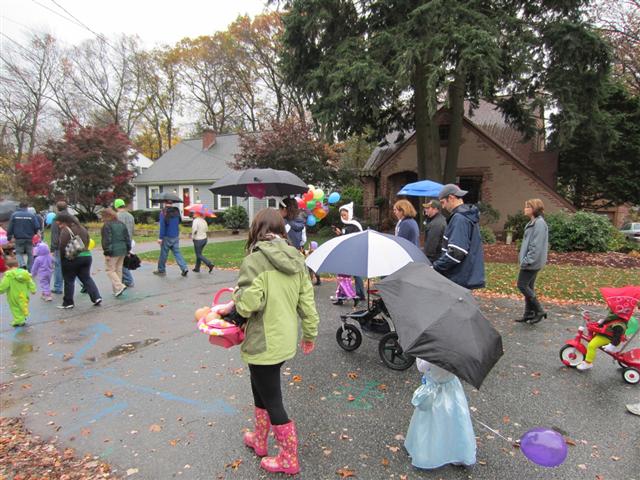 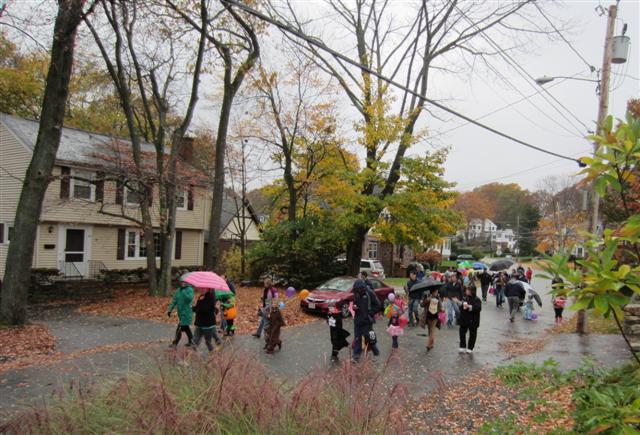