The 2012 party was held at the Cedarwood playground on the rain date, Sunday, June 24. Sandwiched between two days with monsoon rains, Sunday served up picture-perfect weather as 22 adults–including Mayor Jeanette McCarthy and Ward 7 Councillor Joe Giordano– and 10 kids mingled and played, respectively.  As they got to know each other, attendees gathered around a catered spread and in the shade of a gazebo. Neighbors ranged from long-time residents of 45 + years to our newest neighbors who haven’t moved into their house yet!  As a welcome gift, the Cedarwood Association Presidential Committee presented new neighbors with reusable cotton tote bags with the Cedarwood design on them.  To see photos of the event click here.

After much needed rain fell early Wednesday morning, the skies cleared and the sun came out just in time for the 2nd Annual 4th of July decorated bike, stroller and wagon parade.   Approximately 25 kids and 25 adults gathered at the intersection of Cedarwood Ave and Wetherbee Rd. and paraded down Wetherbee, taking a right at the end of the street onto Hamilton Rd and proceeding down to the Cedarwood Playground.  With the abundance of kids, the playground equipment was a big hit.  Light refreshments were served.   To see photos of the event click here.

The 2012 Annual Picnic was held at the Cedarwood Playground on Saturday, August 25th.  The excessive humidity of the morning gave way to a pleasantly warm, dry, and sunny afternoon. The many kids and adults who attended were treated to a vast array of food, including grilled hotdogs and hamburgers, speciality hor d’ouerves, and baked goods.  There was also a bouncy house (a deluxe, two-story one at that, with a slide from the second floor to the ground). Several members of the Waltham Fire Department came by for the entire time with one of their trucks.  Kids and adults alike were able to climb into the truck and speak with the firemen, who graciously answered questions and explained various features of the truck. As if that were not enough, an engaging young man (also a CW resident) wowed the group with his impressive skills as a magician.  Finally, the kids whacked away at a pinata until the treats inside finally fell to the ground for all to share.  To see photos of the event click here.

The annual Cedarwood Yard Sale was held on Saturday, September 29, 2012. Despite the threat of rain, the the weather cooperated enough to draw the usual crowds.  The White Elephant Table was once again a success, bringing in about $250 for the Cedarwood Scholarship fund.  Thanks to all who contributed goods for sale and to those who manned the booth throughout the day.  Traffic throughout the neigborhood was heavy at times as people from Waltham and many surrounding communities checked out the goods at the 45 homes holding yard sales this year.

Last year it was an early snow storm – this year Hurricane Sandy which seemed to start a bit earlier than expected. Nevertheless, an inteprid group of kids and their parents participated in the Cedarwood Halloween Parade held on Sunday, October 28th. As usual, the group met at the corner of Wetherbee and Cedarwood Ave, proceeded down Wetherbee, and took a right onto Hamilton, ending at the Cedarwood Playground.  Treats were provided for all at the playground, including cider, apples and other Halloween treats. Helium balloons were also given out this year.  To see photos of the event click here.

In the spirit of the holiday season, the Cedarwood Neighborhood Association once again organized a toy drive to benefit “Toys for Tots.” The Toys for Tots Program collects new, unwrapped toys and distributes them as Christmas gifts to needy children in the Waltham community. The response from Cedarwood residents was astounding.   To see for yourself  click here.

Thanks to Sara and David Siegal for their terrific sign and to Nancy Brown, Sharon Katz, and Amy Esposito for being drop off locations. And special thanks to Val and Neil Darling for coordinating the event, including arranging all of the toys for the photo and then dropping them off for needy Waltham children. I suspect it took a couple of car loads to do so. 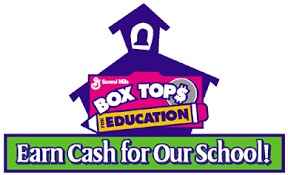 Stanley school needs your BoxTops! The PTO raises over $20,000 a year that goes back to the kids in various ways. Box Tops are a great way to raise money for our school. This past year we raised over $2,000 in Box Tops. Please clip the Box Tops (found on many items, including butter, soup, cereal, paper, and Ziploc bags) and drop them in the mailbox at 320 Florence Road or contact Meg Zinda threehavens5@yahoo.com.

New members welcome! If you are interested in joining us, please email Lynelle Devine.